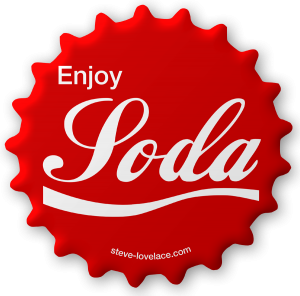 American English is remarkably uniform. While there are slight differences in pronunciation, especially in the older parts of the country, most Americans can understand each other with ease. But there are differences in dialect. The most obvious is the word for carbonated soft drinks. There are three major terms used across America: soda, pop and coke. It’s a well-known shibboleth, so much so that there’s even a website devoted to the issue. Let’s take a look at the great Soda vs Pop debate.

I lived in St. Louis as a kid, and I grew up drinking soda (or sometimes soda pop). When I was eight, my parents had some friends from Michigan come to visit. One night, my mom’s friend Colleen asked me if I wanted some pop. I had no idea what she was talking about. I thought about popcorn and Pop Rocks, and even pop music, but nothing made sense in the context. Seeing the confused look on my face, Colleen asked me if I wanted a Pepsi. That was my first introduction to the word “pop”. It seemed like a strange word, and Michiganders seemed like a strange lot for saying it. A couple of years later, my dad told us we were moving to Lansing. The thought in my head, and the first words out of my mouth, were “Am I going to have to say ‘pop’?” 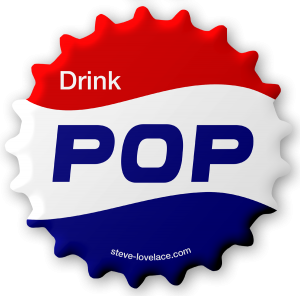 I said “soda” for many years after moving up north, but after thirteen years in Michigan, the word “pop” finally rubbed off on me. Then I moved to American Samoa, where they mostly say “soda”, followed soon by Texas. Down here in the Lone Star State, they say “coke”. This is true throughout the South, and it makes a lot of sense in a place like Atlanta, where Coca-Cola was first invented. But here in Texas, Dr Pepper is the soft drink of choice.

In parts of New England, they say “tonic”, and I know plenty of Midwesterners who say “sodie pop”. I’ve also met a few Southerners who say “cold drink”. Then there are people in Britain who say “fizzy drinks”. The phrase “soft drink” is fairly neutral. This term is pretty common on restaurant menus, since a national chain can use the term nationwide. But while it’s understood across America, soft drink just has an odd feel to it. It’s one of those phrases that no one uses outside of marketers, kind of like “on the go”.

Thanks to modern communications, the English language is becoming more homogenized. Already some regional terms like “tonic” are dying off. Maybe in a hundred years, we’ll all use the same term. Only time will tell.