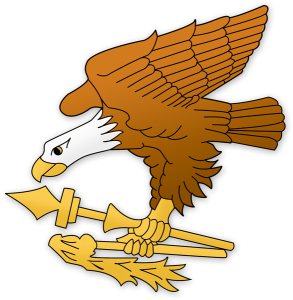 There wasn’t always a whole lot to do in American Samoa, so I found my entertainment where I could. One of my favorite things was trolling cruise ship passengers, like the time I went to talk to the passengers of the Queen Mary 2.

Samoa is not Hawaii. There is no real tourism to speak of. But half a dozen times a year, a cruise ship would stop to refuel in Pago Pago’s deep water harbor. Mostly it was ginormous ships that came to the island, and one day I was lucky enough to get the world’s biggest: the Queen Mary 2.

After work, I put on my ie faitoga, a manly looking skirt made from dress pants material, as well as an aloha shirt and beaded lei known as an ula. In other words, I made myself look Samoan, at least as much as a tow-head like myself can look.

As I drove down to the port, I could see the ship from miles away. It was far bigger than any building on the island. I kept reminding myself that it was bigger than the Titanic. It reminded me of the ocean liners of old too, a big black hull with a huge red funnel on top. Most of the other big cruise ships looked like floating hotels. No hull. No funnel. Nothing nautical at all. But the Queen Mary 2 looked like a ship. It made me wonder if it would have as many douchebags as the floating hotels that usually came to port.

There were throngs of people milling about, looking confused at their surroundings. They were so used to the high-rise condo settings of luxury living that the simple cinder block and tin roofed buildings of Samoa seemed to utterly bewilder them. It was as if they has just stepped foot on Mars.

I parked along the side of the unnamed road running through town, setting out on foot to talk to some of our visitors. Just in front of Sadie’s restaurant, I met an Australian couple who had just met the King of Samoa.

I shook my head as I walked away, wondered if the “king” had bilked out of them of any money, or was just some guy pulling their leg. Either way, I cursed myself for being too honest.

I walked across the street to a little liquor store that was way more crowded than usual. (Though crowded in this case was a relative term; there were still only a dozen or so people in the store.) I saw a woman buying dozens of bottles of wine, which was unusual in that Samoa is not exactly a busting wine region.

“Yeah,” she said, in an American accent, “but you know how the prices are on the ship.”

“Wow,” she said, turning to a man in the corner. “Hey Bob, this guy actually lives here!”

The horror in her voice was palpable. Her husband looked pretty appalled, too. As for me, I felt pretty good knowing that I was strong enough to handle the “real” South Pacific. I also walked away not ever wanting to take a cruise. I’d rather go somewhere and really get to know it, than step of a boat every port for cheap booze.