Going to Jerryworld: A Tour of Cowboys Stadium

A couple of years ago, Jerry Jones, owner of the Dallas Cowboys, decided to build a new ballpark to replace the aging Texas Stadium in Irving. After some wrangling, he ended building a two billion dollar stadium out in Arlington, midway between Dallas and Fort Worth. Since the Dallas Cowboys play less than a dozen home games a year, they’ve got to figure out something to do with Cowboys Stadium for the rest of the year. On off days, they run tours of the stadium. Tickets are normally thirty dollars, but I got a Groupon for fifteen. I was hesitant to spend any money on a stadium tour, but I have to say it was well worth the cost. 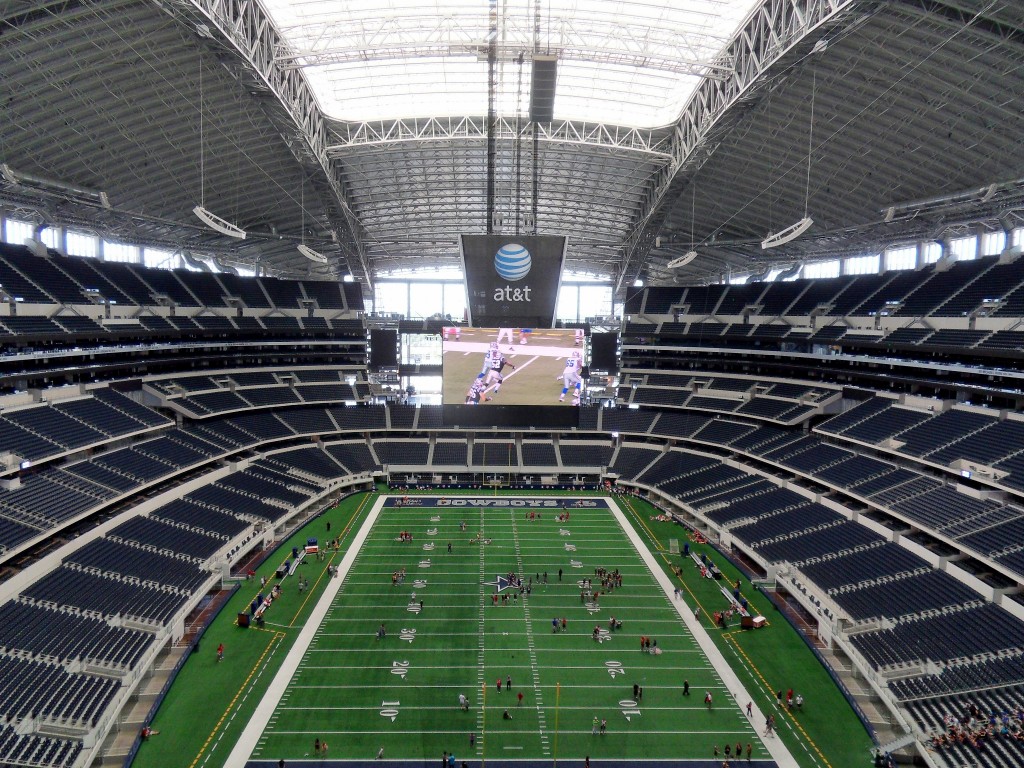 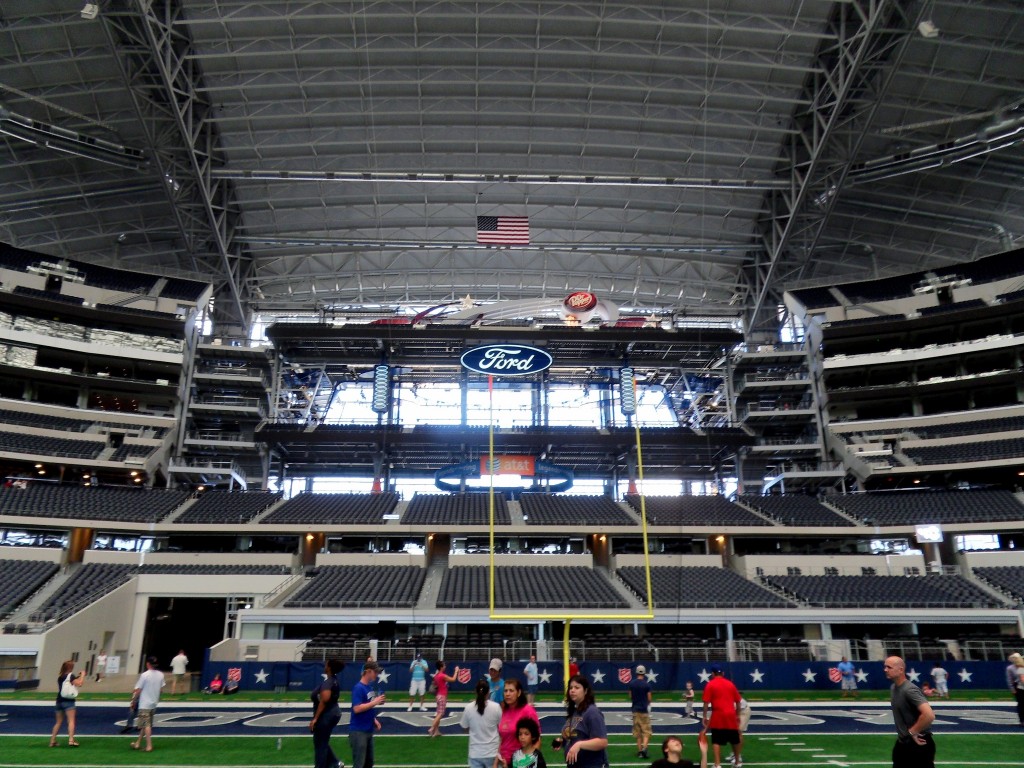 This end zone is brought to you by Ford. Everything is sponsored here. 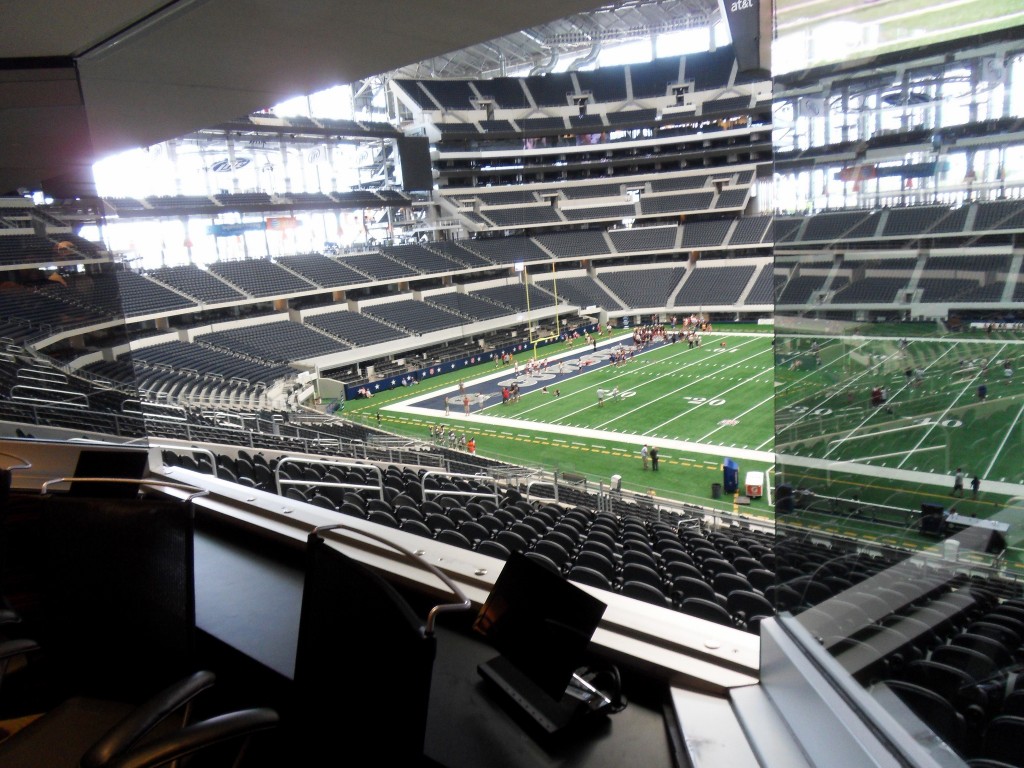 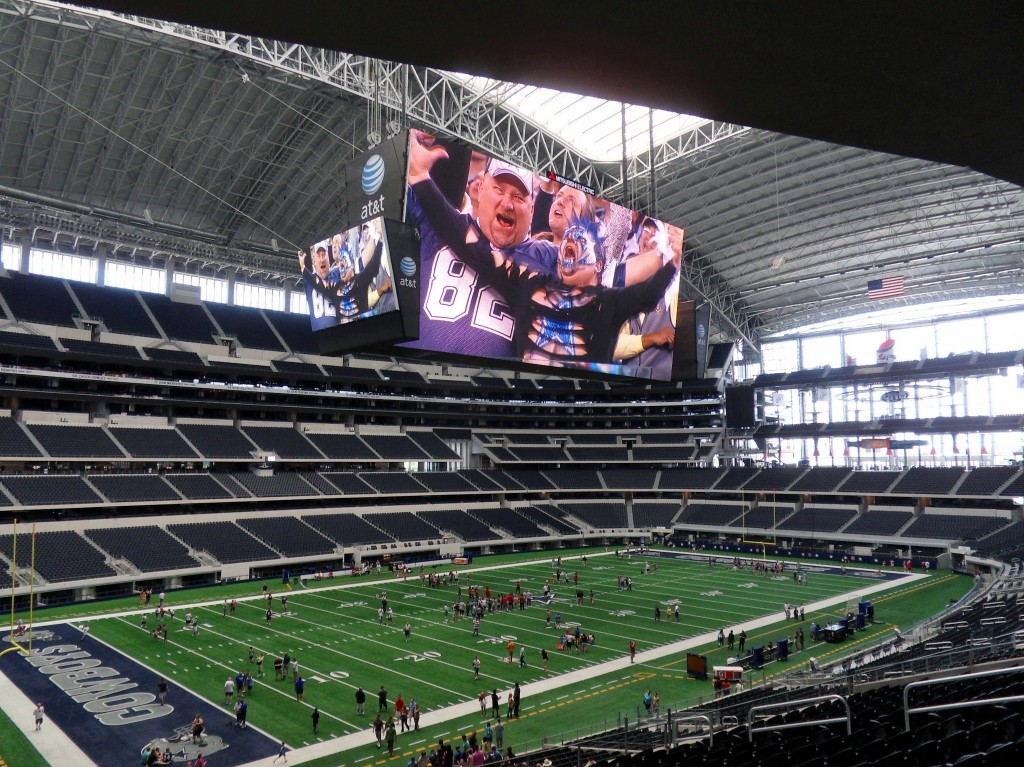 Crazy fans on the Jumbotron. 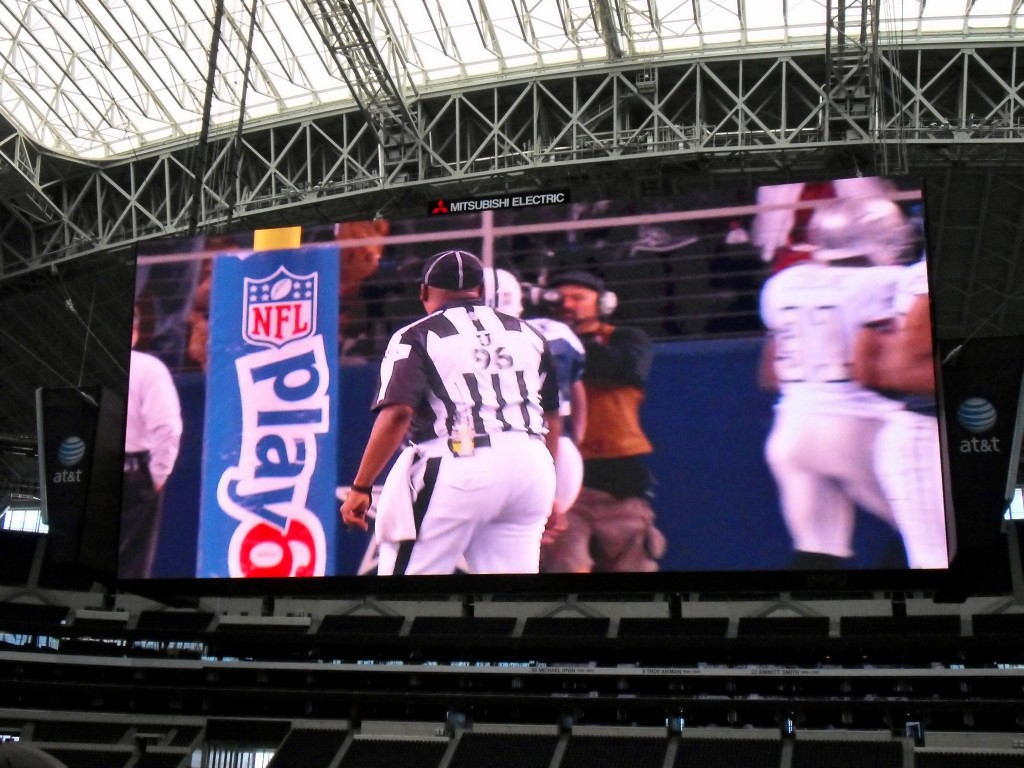 This guy’s butt is at least 10 yards wide on the Jumbotron. 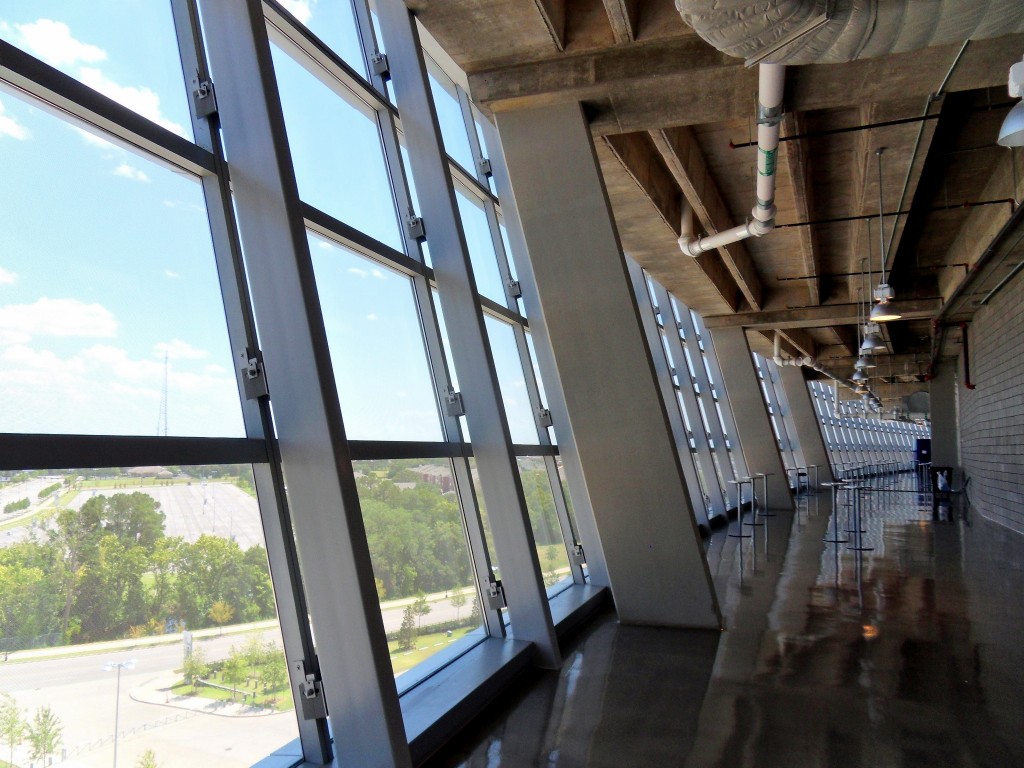 Slanted windows along the concourse. 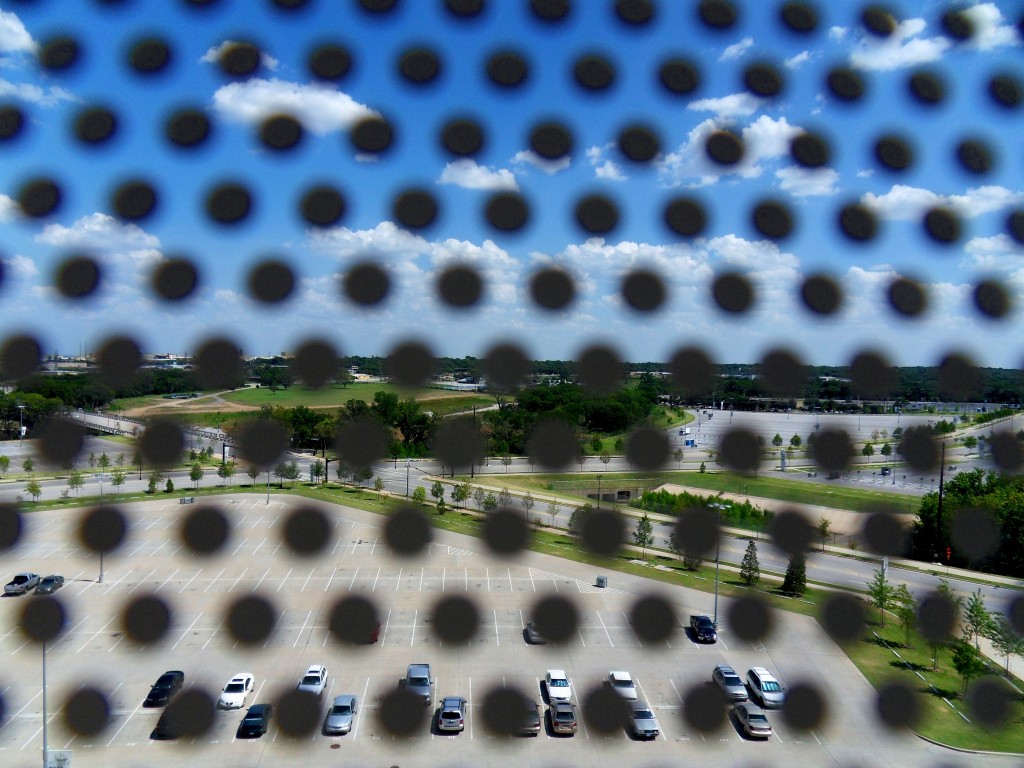 You don’t notice the dotted windows unless you’re up close. 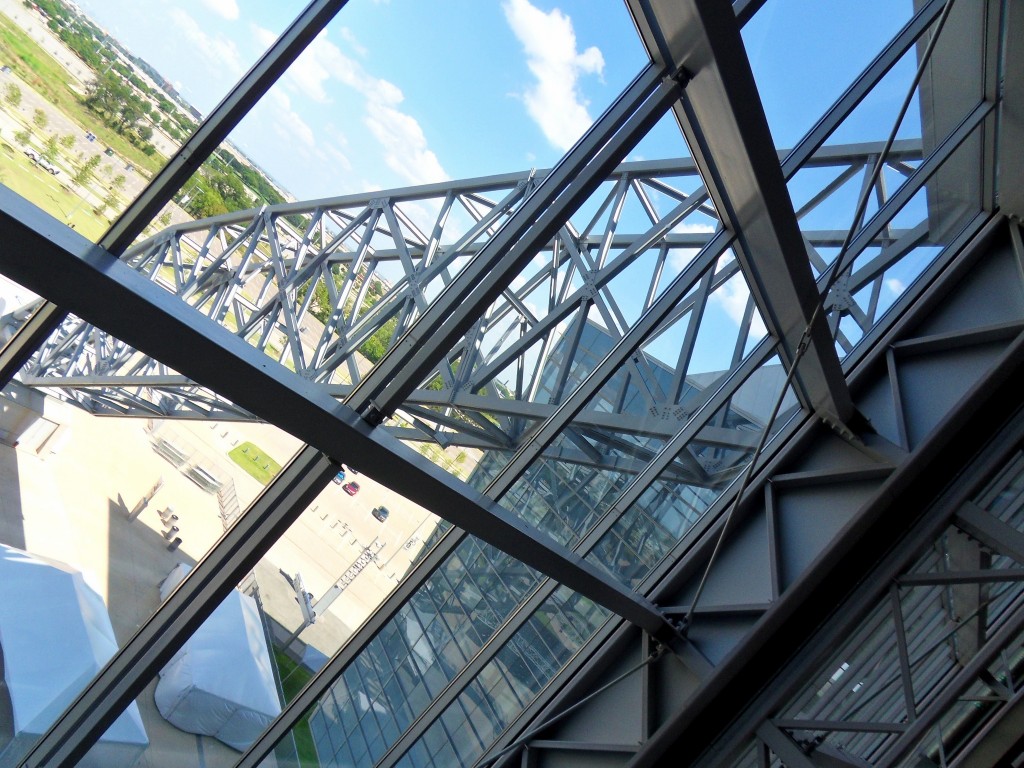 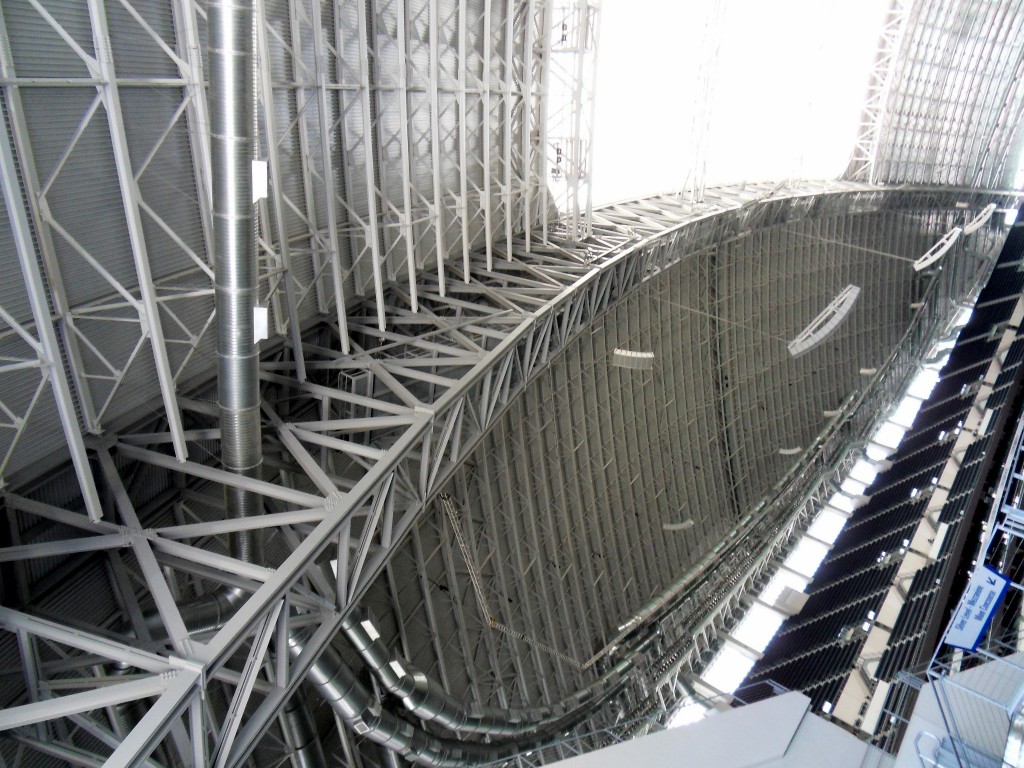 The arches are so big, I can’t fit them all in one picture. 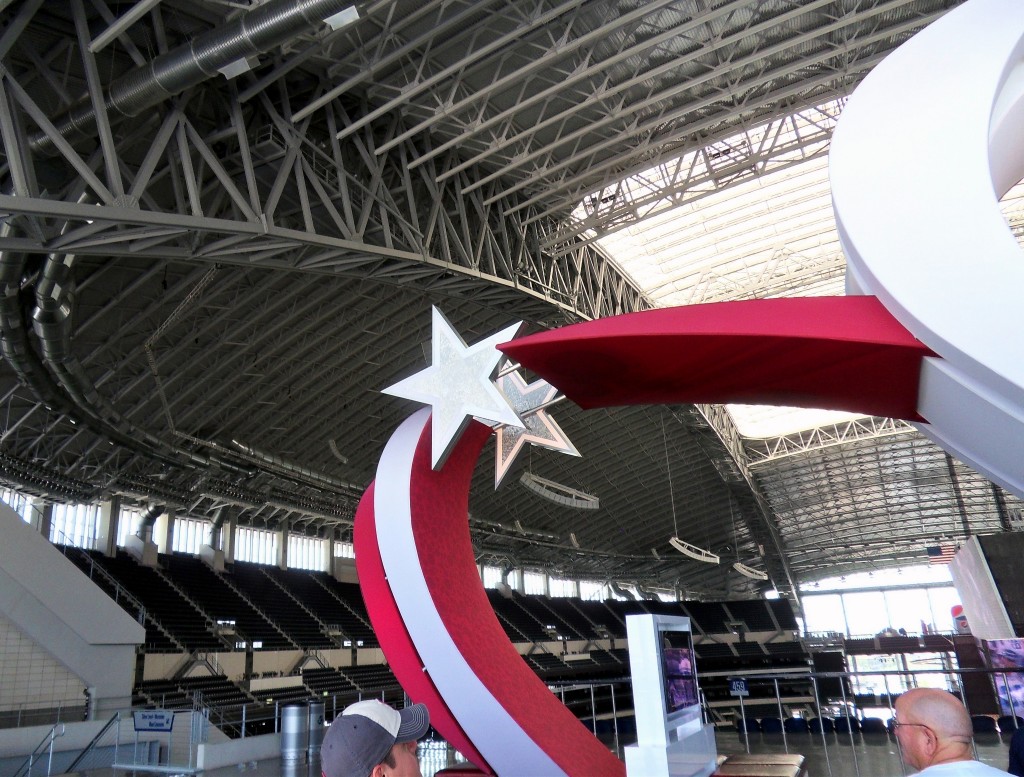 The Dr Pepper deck is bigger than the original Dr Pepper Plant in Dublin, Texas. 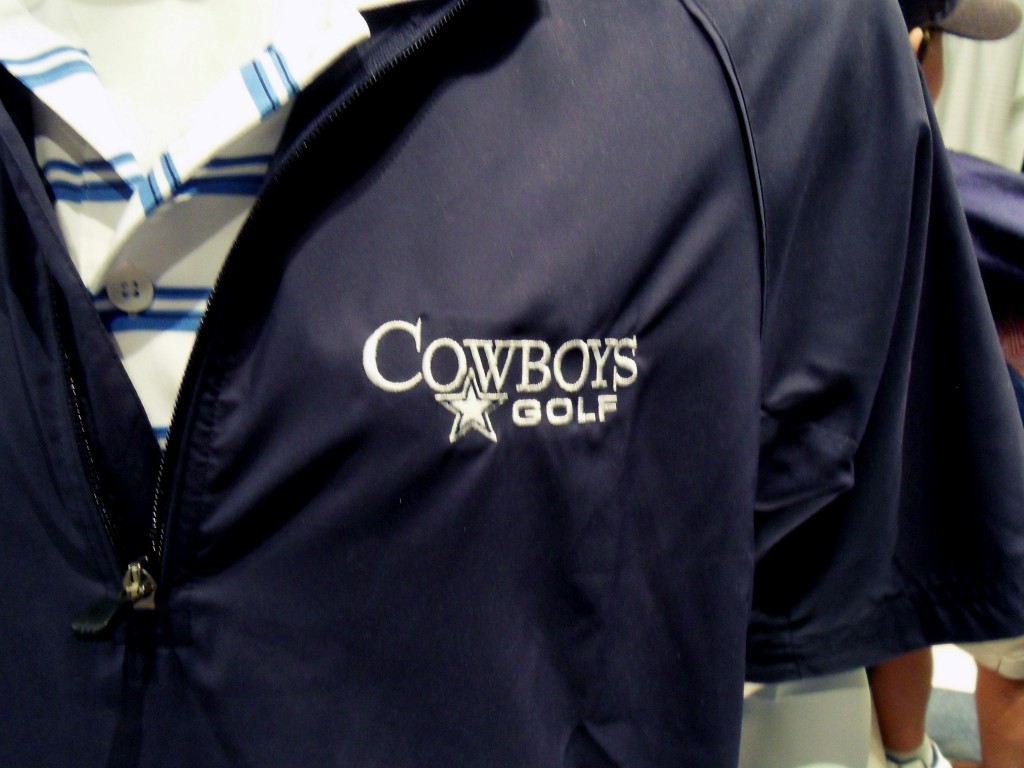 Someone should tell them they’re not playing golf. The higher score wins, not the lower. 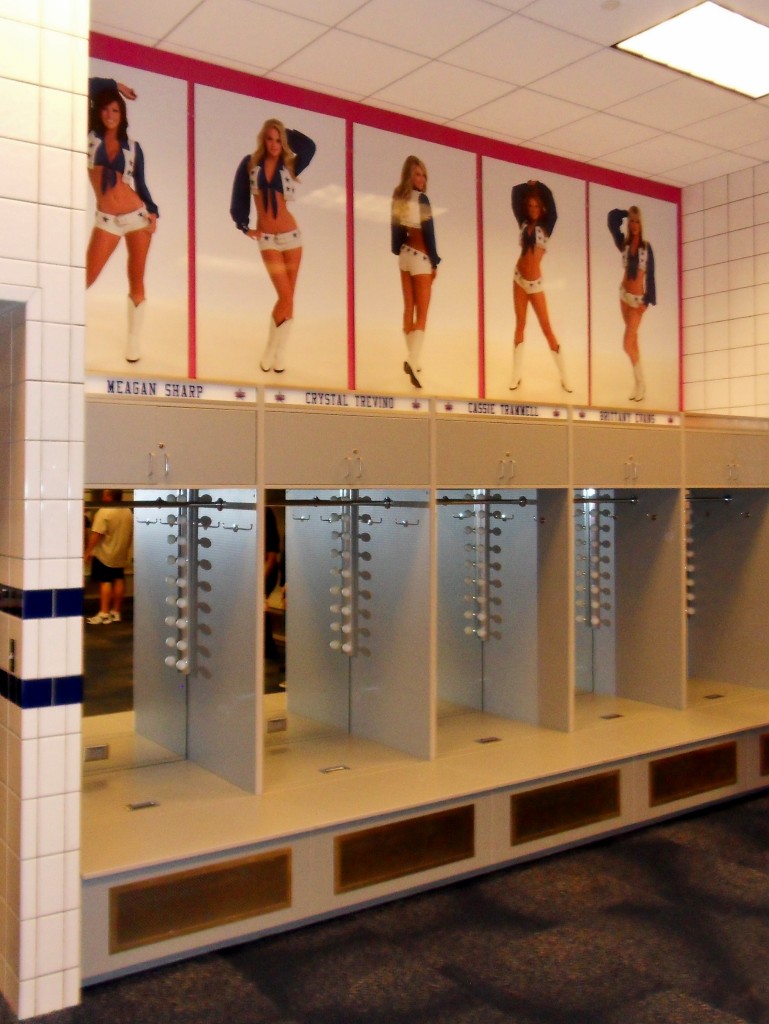 The Dallas Cowboys Cheerleaders Locker Room. They weren’t in it at the time, obviously. 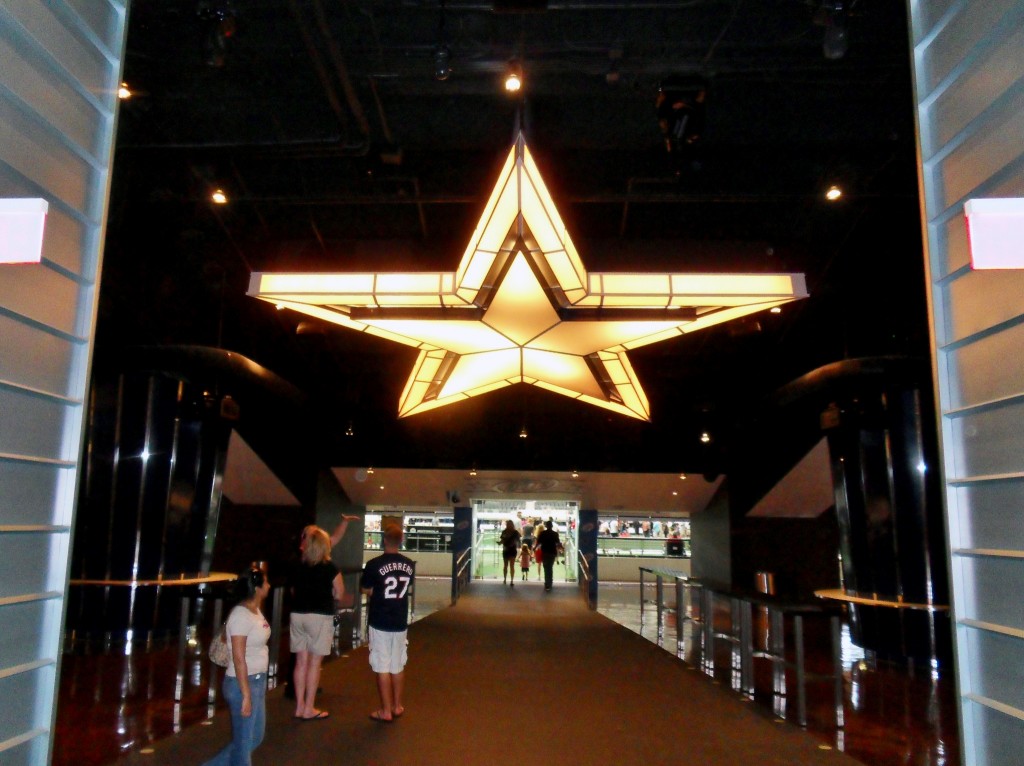 I love this light fixture, though it’s too big for my living room. 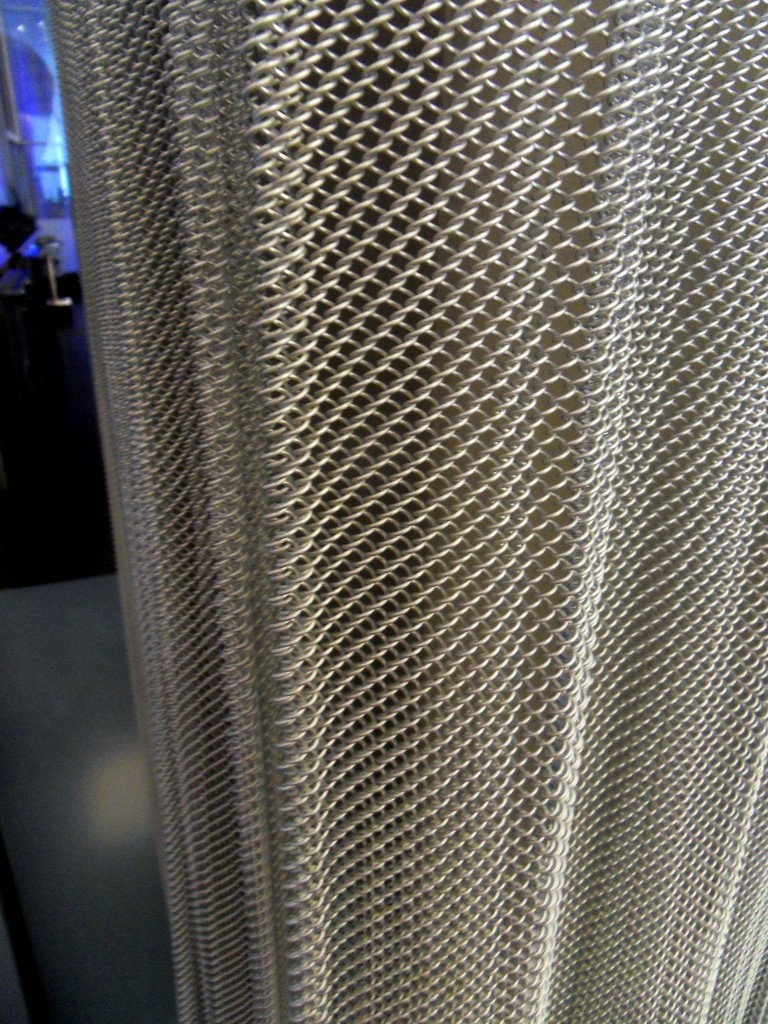 A chain mail curtain, the manliest window dressing around. 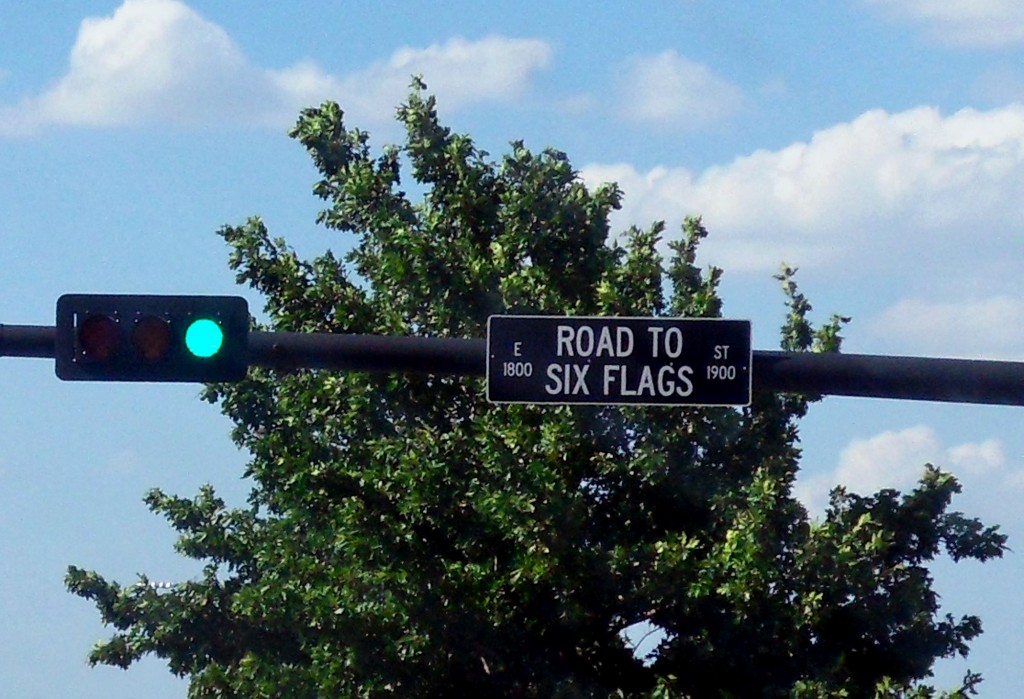 Naming Fail. Is it a road or a street?

Though I’ve lived in Dallas for the last five years, I’ve yet to see a Cowboys game. The Dallas Cowboys may call themselves “America’s Team”, but at the price of the current tickets, not everyone in America can afford to see them. I guess they’ve got to pay for that stadium somehow. Maybe one of these days, I’ll get some friends together for some standing room only tickets. Until then, at least I can say I’ve been, and I can recommend that you check it out sometime. Cowboys Stadium is a monument to hubris and ego, but at least it’s a pretty one.