The Wit and Wisdom of Steve Jobs 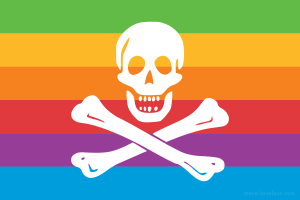 Never have so many eulogies been written for a man who is still living.* Of course, we don’t know how much longer Steve Jobs will be with us in this world, but we know that his days as the Wizard of Cupertino are now behind him. Here are my favorite quotes highlighting the wit and wisdom of Steve Jobs.

A work of art, or any creation for that matter, is not done till you “ship” it. That’s why I created this blog. I have been writing and creating for years as a hobby, but I know that if I want to be a real, professional artist and writer, I need to “ship out” my work and share it with the world.

“Do you want to sell sugar water for the rest of your life, or do you want to come with me and change the world?”

Jobs said this to then-Pepsi CEO John Sculley to convince him to come over to Apple. And while the two men later had a major falling-out, the quote remains a good one. Jobs (rightfully) saw potential in Sculley. He saw that, while Sculley had done quite a bit at Pepsi, he could do so much more with his talent.

Jobs grew up in the 1960s-1970s counterculture, and it has influenced his views well into the 21st century. Even now, as one of the largest corporations in the world, Apple positions itself as the choice of outsiders, with Jobs as the leader of the nonconformists. While much of this is marketing hype, it works because Jobs truly believes it.

Your Time is Limited

“Your time is limited, so don’t waste it living someone else’s life.”

Lest we lionize Jobs too much, we must remember that he’s a mortal man who has his flaws. Jobs personality flaws have been well-documented over the years, so there’s no reason to mention them here. But even if he were perfect, we shouldn’t follow him too closely. After all, the point of being an artist, a nonconformist, and a pirate is the same. All three strive to throw out the rules and role models. We have to live for ourselves, because we can’t be anyone else. Nevertheless, we can appreciate the wit and wisdom of Steve Jobs in blazing our own unique paths.

*Update: October 5, 2011: Steve Jobs passed away today, less than two months after stepping down as Apple CEO. Here is my eulogy for the man.